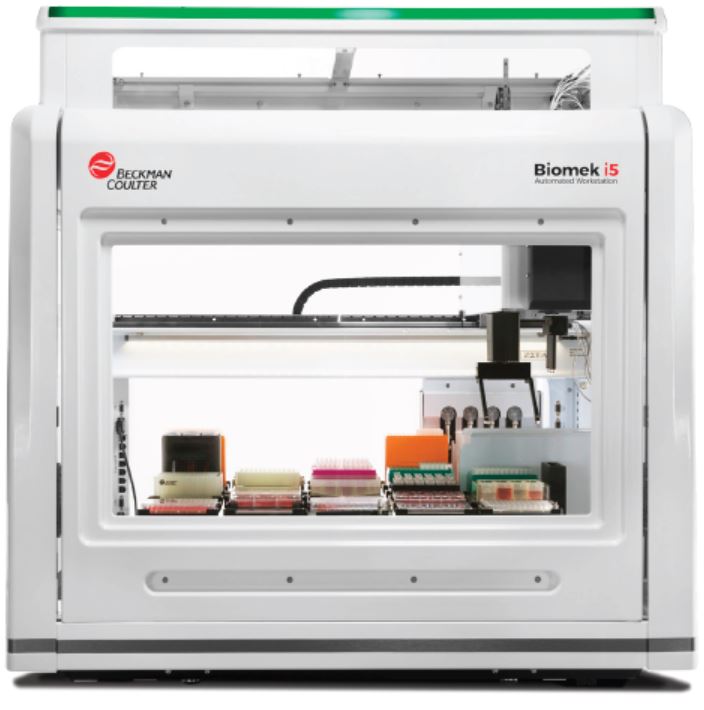 The value of automating a complex or lengthy workflow is readily apparent to the scientist that is freed from the bench. However, automation of simple protocols also provides value if the automated method is simple to create and/or the protocol is run with high frequency. As an example, we demonstrate the ease with which a Bradford assay was automated on the Biomek i5 instrument (Figure 1).

Figure 2. Deck layout (A) and method (B) for the Bradford protein assay. The highlighted step (right) shows the addition of Bradford reagent to the assay plate.

Figure 2 shows the deck layout and Biomek method used to execute the Bradford assay (Bio-Rad Protein Assay). To simplify method creation, we used labware (plates, reservoirs) that was pre-defined in the software. The method only required 6 steps to:

Standard pipetting techniques were used with a single optimization to ensure no bubbles were introduced to the assay wells. Following a 30 minute incubation, absorbance at 595 nm was read on the SpectraMax® i3x Multi-Mode platform. 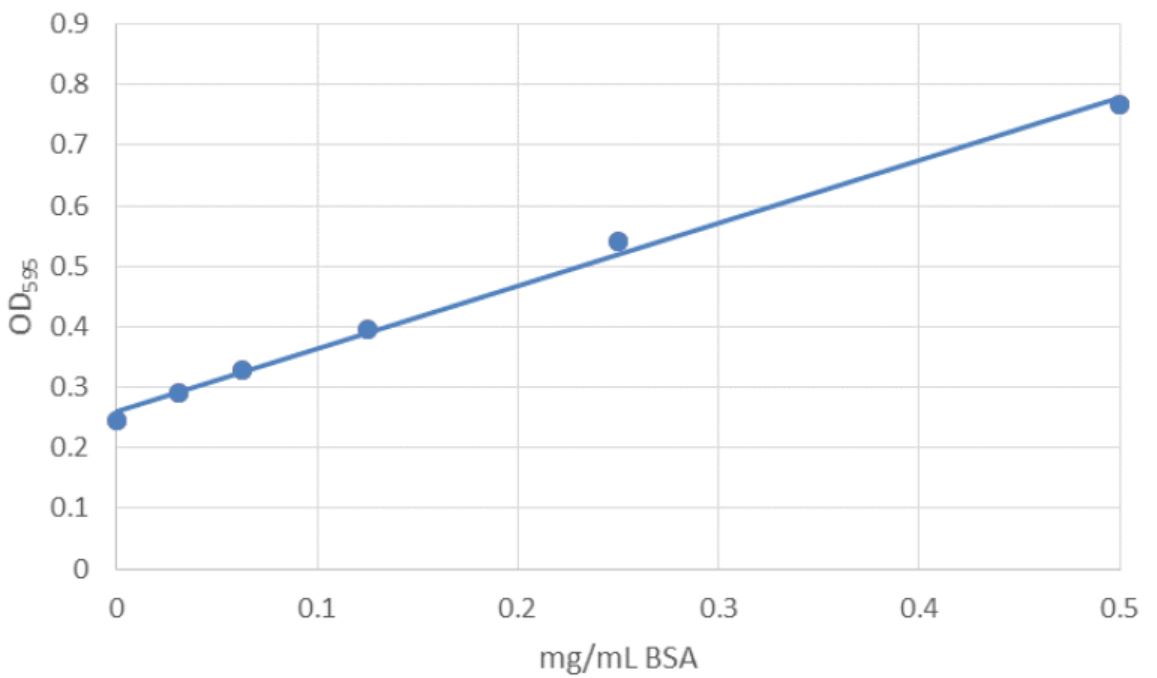 While features such as the high density deck and flexibility to integrate devices, makes the Biomek i5 instrument capable of automating higher throughput or higher complexity workflows, simple assays can benefit just as much from the consistency and reproducibility of automation. The ease of use of the Biomek i-series Automated Workstations lowers the barrier to automating all workflows and the resulting increase in instrument usage shortens the return on automation investments.

*Data obtained during development
For Research Use Only. Not for use in diagnostic procedures.