Liquid biopsies are increasingly becoming a tool of choice for researching cancer detection and monitoring. Cell-free DNA or cfDNA is simply small fragments of DNA circulating in bodily fluids. It is also known as circulating cell-free DNA (ccfDNA), circulating tumor DNA (ctDNA) and cell free-fetal DNA (cffDNA). Next-Gen Sequencing of cfDNA is coming into maturity as a non-invasive method to identify mutational profiles in many cancer types. 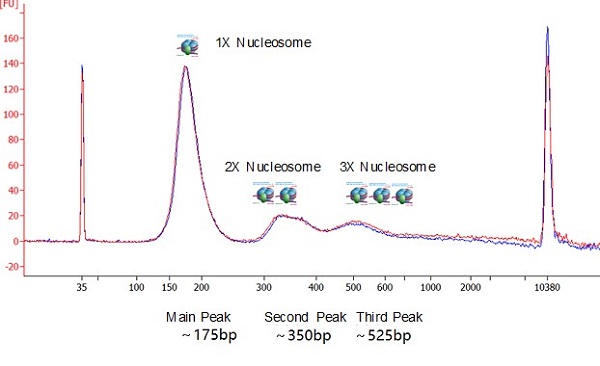 A big question is how do you separate a germ line variant from a tumor variant. Understanding the difference in a patient sample can give a more thorough understanding of a variant that can be used to study a cancer type. An easy solution is to compare germ line variants from whole blood genomic DNA (gDNA). This would couple easily with plasma sample collection as plasma can be directly separated from a single sample point. Here we describe a simple method to isolate both gDNA and cfDNA from a donor blood sample and discuss the automation of both extractions. We show the efficacy of cfDNA as reliable biomarker analysis tool by comparing mutations in cfDNA vs whole blood. The study determines if the difference between tumor and germ line mutations can be established and the limitations. 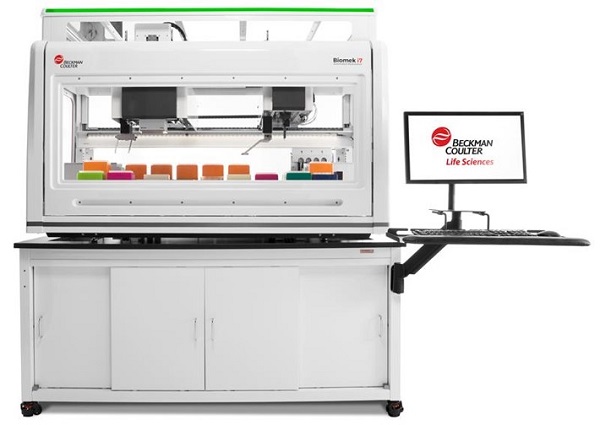 Due to larger volumes necessary to extract sufficient concentrations of cfDNA, automation can assist in the extraction. The Apostle MiniMax™ High Efficiency Cell-Free DNA (cfDNA) extraction kit was automated on the Biomek i-Series. It provides equal recovery of cfDNA as a manual extraction with much less hands on-time. The kit used in the study to extract whole blood, GenFind V3, has also been automated on the Biomek i-Series; allowing for reduced hands with the same quality results as a manual extraction

Blood was collected from 3 donors in EDTA tubes. After the blood was delivered to the site 10ng of Horizon Multiplex I cfDNA Reference Standard Set was added to ½ of the blood collected from each donor. The whole blood was then centrifuged twice, for 2,000xg for 10 minutes and supernatant was moved to a fresh tube and for centrifuged a second time at 6,000xg for 30 minutes. The second supernatant was used for cfDNA extractions; and the lower phase was used for genomic DNA extractions. Both phases were then stored at -80°C. The plasma was thawed at 37°C. Half of plasma from each donor that did not have 10ng of Horizon Multiplex I cfDNA Reference Standard Set had 200ng of Horizon Multiplex I cfDNA Reference Standard Set added to it as a positive control. The plasma samples were then processed using Apostle MiniMax™. Due to the lag in separating the whole blood from the plasma the cfDNA was size-selected using SPRIselect for 200bp size. The blood was thawed at room temperature. The genomic DNA was extracted from blood using GenFind V3.

Following extraction of gDNA and cfDNA, the DNA was quantified using Quant-it Picogreen Assay for the gDNA and using Kappa hgQuant kit for the cfDNA. Library construction was done using 100 ng of DNA with the Swift Biosciences Accel-NGS 2S Hyb DNA Library Kit, following the library construction genes were enriched prior to sequencing using the Swift Biosciences Pan-Cancer Hyb Panel. The libraries were sequenced on a NextSeq 550.

The sequencing was analyzed using Illumina Basespace; the reads were aligned to the genes enriched in the Swift Biosciences Pan-Cancer Hyb Panel by using the BWA enrichment application.

Similar coverage of reads for cfDNA and gDNA

The table above shows the mean coverage depth for each sample. The average coverage for both gDNA and cfDNA was ~91%. At least 99% of the genes had coverage at 50x. This indicates that the variants can be called with high confidence.

Variant differences are observed between cfDNA and gDNA

Three of 8 the variants were found in the spiked Horizon Multiplex I cfDNA Reference Standard Set. This most likely is due to the low amounts of horizon cfDNA sample compared to the overall DNA extracted.  None of the Horizon cfDNA was detected in the gDNA sequences. The sequences could have not been detected due either to low amounts and insufficient sequencing coverage or the sequences were not present in the lower phase of blood after centrifugation. 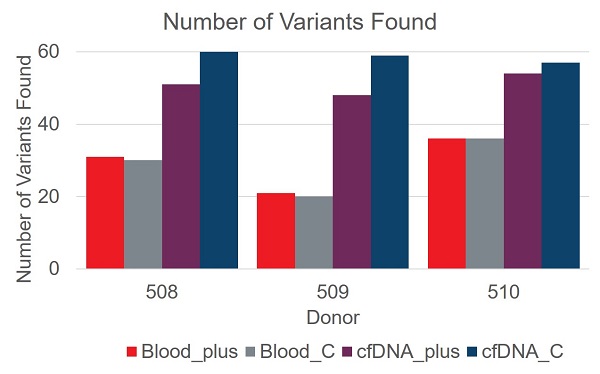 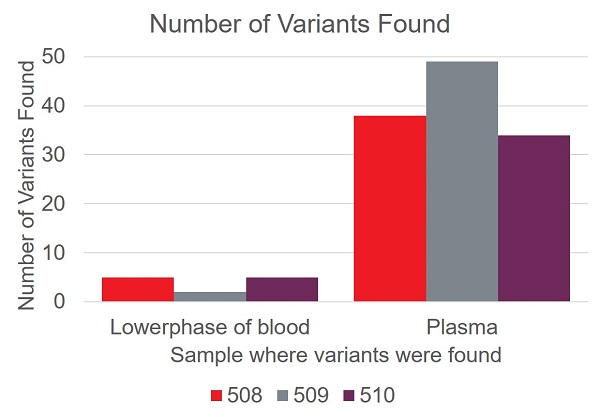