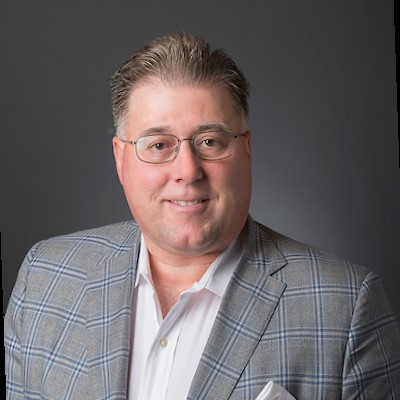 Greg’s Danaher career spans more than 25 years in the life science research and drug discovery markets. Before joining Beckman Coulter Life Sciences in 2019, Greg served as President of Molecular Devices, where, during his four-year leadership tenure, he significantly accelerated growth, drove operating margin expansion and led the acquisition and integration of IDBS and FortéBio. 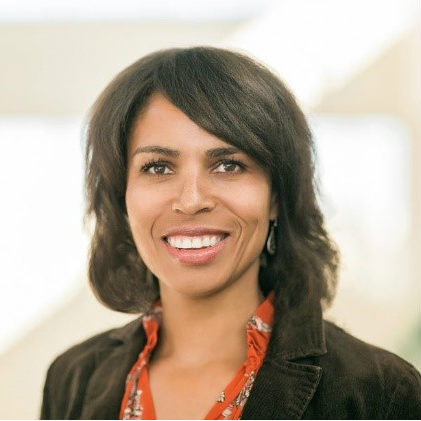 Coralea has more than 19 years of experience in Human Resources. She came to Beckman Coulter Life Sciences from SCIEX, where she spent two years as VP of Human Resources and Communications. At SCIEX, she implemented a talent strategy aligned with SCIEX global priorities, and was instrumental in cultivating a Danaher Business System (DBS) mindset in HR. She also championed diversity and inclusion awareness, education and communication throughout that organization.

Adam Mandelbaum, Vice President and General Counsel, joined Beckman Coulter Life Sciences in 2018. He is responsible for leading and managing a proactive and strategic legal department that drives growth, innovation and compliance.

Adam came to Beckman Coulter from Pall Corporation, where he most recently served as Assistant General Counsel. Adam has 20 years of legal experience, including previous general counsel roles at Steve & Barry's and Nu Horizons Electronics.

Adam holds a bachelor's degree in Biological Anthropology from Stony Brook University and a J.D. from Harvard Law School. 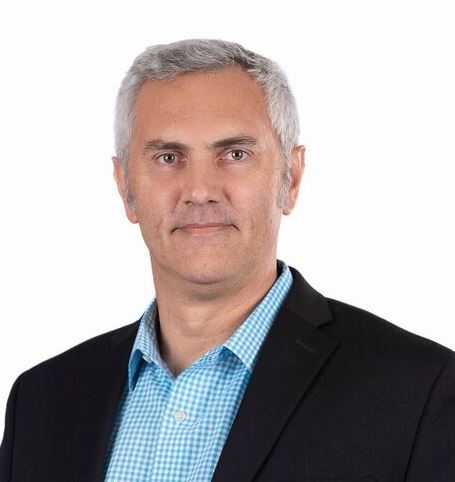 Prior to joining Beckman Coulter Life Sciences, Nicolas held multiple VP positions with Schneider Electric, culminating with his role as Vice President, Commercial Field Service – Americas. In that capacity, he was responsible for North America and Latin America, which encompassed more than 1,500 direct/indirect service associates in a $1B service organization. 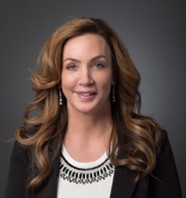 Deborah Gonyea, Vice President of Finance/Chief Financial Officer, joined Beckman Coulter Life Sciences in 1996. She is responsible for leading the global finance organization and all aspects of financial management.

Deborah has more than 20 years of experience and has held a number of positions with increasing responsibility in a variety of areas, including Financial Planning and Analytics, Manufacturing Operations and Supply Chain, Commercial Operations, and Business Unit/R&D Support.

Deborah earned her M.B.A. at the University of California, Irvine and her bachelor's degree in Management at Pepperdine University. 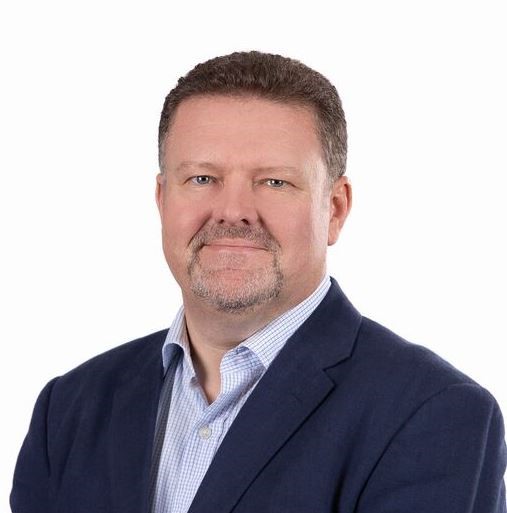 Giles Snare, Vice President of Sales, joined Beckman Coulter Life Sciences in 2013. He is responsible for the commercial organizations in developed and high-growth markets.

He joined the company from Sigma Aldrich and Bioquell PLC, where he served as EMEA Sales Manager, and Director, Head of Life Sciences, respectively. Previously, he spent more than 10 years with Millipore in commercial roles based in the EU and the United States.

Giles has a bachelor’s degree (Hons.) in Chemistry from the University of Surrey, Guildford, UK. 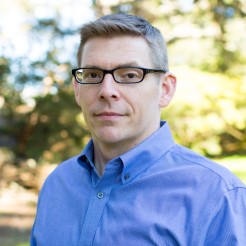 Mike Musgnug, Vice President and General Manager of the Biotechnology Business Unit, joined Beckman Coulter Life Sciences in January 2019. He is responsible for the general management and leadership of the Biotechnology business, establishing strategies and tactics that drive share gain and operating margin expansion.

Mike has more than 15 years of experience in the diagnostics and life sciences industries. He joined Cepheid as Vice President, Global Marketing in 2014, prior to the company’s acquisition by Danaher. Mike assumed sales responsibility for Asia-Pacific before serving as Vice President and General Manager for North America Commercial.

Prior to Cepheid, Mike held roles of increasing responsibility at Alere and Dade Behring (later acquired by Siemens).

Mike holds bachelor’s and M.B.A. degrees from Marist College and a master’s degree from the University of Massachusetts Lowell. 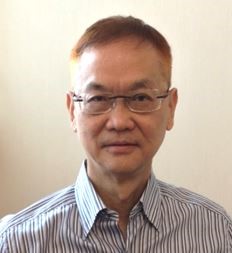 Siong Teck has more than 35 years of experience in sales. In his current role, he has achieved consecutive years of double-digit growth, served on the Danaher China Management Board (since 2010), and helped grow the company’s business in Japan and Australia. Prior to his current role, he was Senior Vice President of APAC at Hach (2003 – 2014), another Danaher-owned company.

Siong Teck received his diploma in Electronics from Ngee Ann Polytechnic, and an M.B.A. from Stanford Singapore University.

Rajan Kapadia, Vice President of Business Development and Strategy, joined Beckman Coulter Life Sciences in 2016. He is responsible for leading a team of strategic planners that partner with leadership to define product roadmaps, and a team of innovation managers that access external innovation to execute on technology roadmaps. In addition, Rajan sources, cultivates, and assesses M&A targets that are strategically aligned, or adjacent to, current Beckman Coulter Life Sciences businesses.

Raj has more than 20 years of experience in general management, commercial, and R&D roles in the life sciences, diagnostics and automotive industries. Prior to his current role at Beckman Coulter Life Sciences, Raj was Director of the company’s Automation Business Unit, where he led the launch of the Biomek i-Series and the acquisition of Labcyte, doubling the business and accelerating organic growth to double digits.

He joined Beckman from Illumina, where he was responsible for leading that company’s efforts to bring Next-Generation Sequencing to the clinic. Prior to that, Raj served as Director of the Oncology and Genetics franchises at Abbott Laboratories. Earlier in his career, he held a number of roles of increasing responsibility in R&D at Ford Motor Company, and was a Management Consultant at PriceWaterhouseCoopers.

Raj holds bachelor’s and master’s degrees in Mechanical Engineering from the University of Illinois at Urbana-Champaign, and an M.B.A. from Northwestern University’s Kellogg School of Management. 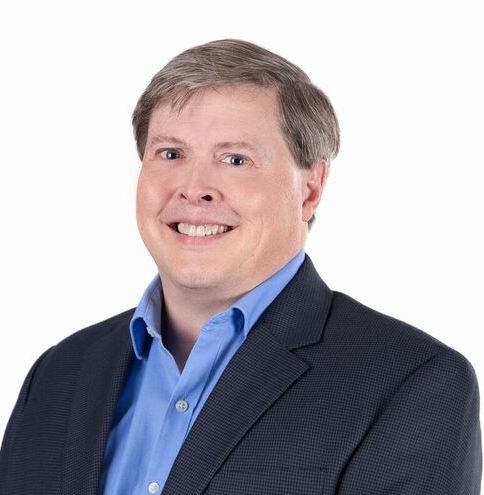 Tim Kerr, Vice President of Research and Development, joined Beckman Coulter Life Sciences in 2006. He is responsible for the design and development of new products.

Prior to his current role, Tim was the Business Unit manager at Hach’s Flow and Sampling business. He later served as the VP of Product Development at Hach, focusing on increasing R&D effectiveness, and reducing cycle times through improvements in processes and organizational capability.

Tim has more than 35 years of experience in R&D, spanning the fields of satellite communications, semiconductor capital equipment, water quality and life sciences. Prior to joining Beckman Coulter Life Sciences, Tim held a number of positions at Advanced Energy Industries, ranging from design engineer to SVP of Engineering and BU GM.

He started his career at Hughes Aircraft Company, where he was involved in designing an atomic clock for an early GPS system, and a communications amplifier for a direct broadcast television satellite.

Tim holds bachelor’s and master’s degrees in Electrical Engineering from Iowa State University and the University of Southern California, respectively. 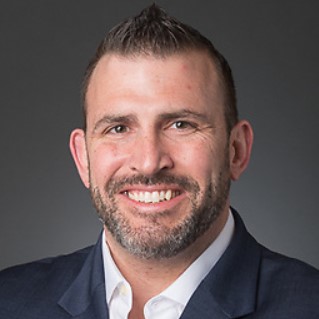 During the past 18 years, Jason has enjoyed a diverse and cross-functional array of experiences at Beckman Coulter Life Sciences. He joined Beckman Coulter in 2002 as a Mechanical Engineer in R&D for the liquid handling business, and has since held roles of increasing responsibility within engineering, service, the business unit and marketing. He led customer-facing teams supporting the service organization and the global install base within Technical Support.

After Danaher acquired Beckman Coulter, Jason transitioned to a Danaher Business System (DBS) Leader for sales and marketing, responsible for the deployment of DBS across our global commercial organizations. During that time Jason also owned the BEC LS instance of Salesforce.com (SFDC) and worked to align sales and marketing processes. Later he moved to the Global Marketing organization as Director of the Marketing Campaigns group, and he was promoted to Vice President of Global Marketing in 2017.

In 2019 Jason led the integration of two acquisitions (Labcyte and EDC) in the company’s liquid handling business. 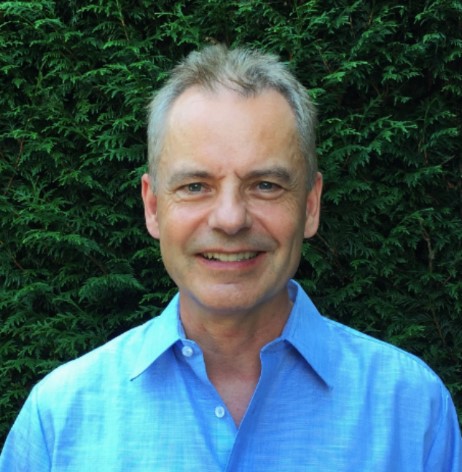 Mario Koksch, Vice President of the Flow Cytometry business unit, joined Beckman Coulter Life Sciences in 2000. He is responsible for the flow cytometry business and has day-to-day responsibility for strategic marketing, business growth, and development of the company’s diversified clinical and research portfolio of flow cytometry hardware, software, reagents and assays. He also oversees the company’s manufacturing centers in Marseille, Bangalore and Suzhou.

Prior to joining Beckman, he led the Center of Hemophilia and Coagulation Disorders at the University Medical Center Leipzig/Germany. By training, Mario is a medical doctor and specialist in internal medicine, with additional training in coagulation and intensive care medicine. He founded a flow research laboratory at Leipzig University and led that lab for seven years. He has also published 26 articles in peer-reviewed journals, and submitted two patent applications.

Mario has a Ph.D. and medical degree from Leipzig University (Germany), and a Marketing M.B.A. from the University of Applied Science Koblenz-Remagen (Germany). 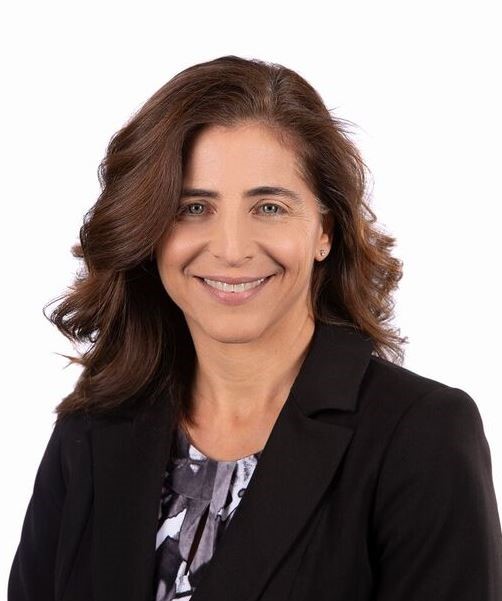 Nancy Nadler, Vice President of Quality and Regulatory Affairs, joined Beckman Coulter in 1995. She is responsible for leading the global quality and regulatory affairs department, with a strong focus on compliance and growth-enabling strategies.

Nancy has more than 24 years of experience in the medical device industry, with the majority of her career spent in Quality and Regulatory Affairs roles. She has been instrumental in building a strong partnership with the FDA, leveraging our internal regulatory, clinical, biostatistics and scientific strengths to develop effective quality and regulatory strategies that further advance the business.

Prior to moving into Quality and Regulatory Affairs, Nancy held positions of increasing responsibility in Manufacturing Operations and Research & Development. She holds a bachelor’s degree in Biological Sciences from Florida Atlantic University.