When it was time to design the new Vi-CELL® BLU cell viability analyzer, we started by talking to customers. Vi-CELL BLU retains the functions and workflow of the Vi-CELL XR that users like and trust, while updating the technology, improving processing speed and making the new Vi-CELL BLU easier to use…all in an instrument with a smaller footprint.

Users told us what they want and we listened:

The new V-CELL BLU meets these customer demands and more.

Smaller sample volume means less cell depletion, letting you maintain your cell culture volume. Vi-CELL BLU requires a sample volume of only 200uL, less than half the volume required by the previous Vi-CELL XR model and lower than our competitors instruments.

You asked for faster analysis and processing times. We answered.

Vi-CELL BLU processes samples faster because the images are captured while fluids are in motion.

When using the 96-well option, Vi-CELL BLU saves over 1 hour of processing time compared to the previous XR instrument. Process in FAST mode and save nearly 2 hours.

Designed for ease of use

Users asked us to make loading the reagent easier. Now there’s no more handling tubes. With Vi-CELL BLU, just slide in the reagent pak and go.

The design of the Vi-CELL BLU reagent pak is improved, too. Self-contained, with 310 activities per kit, it includes an RFID chip to let you keep count of how many tests have been run, along with the lot number and expiration date.

The Vi-CELL BLU XR offers flexibility, allowing you to easily switch between the 96-well plate and carousel. Simply remove the carousel to access the plate holder.

With Vi-CELL BLU, you can load your samples and walk away. With the instrument’s streamlined controls, your workflow remains the same:

The Vi-CELL BLU utilizes single use controls when calibrating. When changing cell sizes, drop the control in and run the calibration with:

Learn more about the Vi-CELL BLU 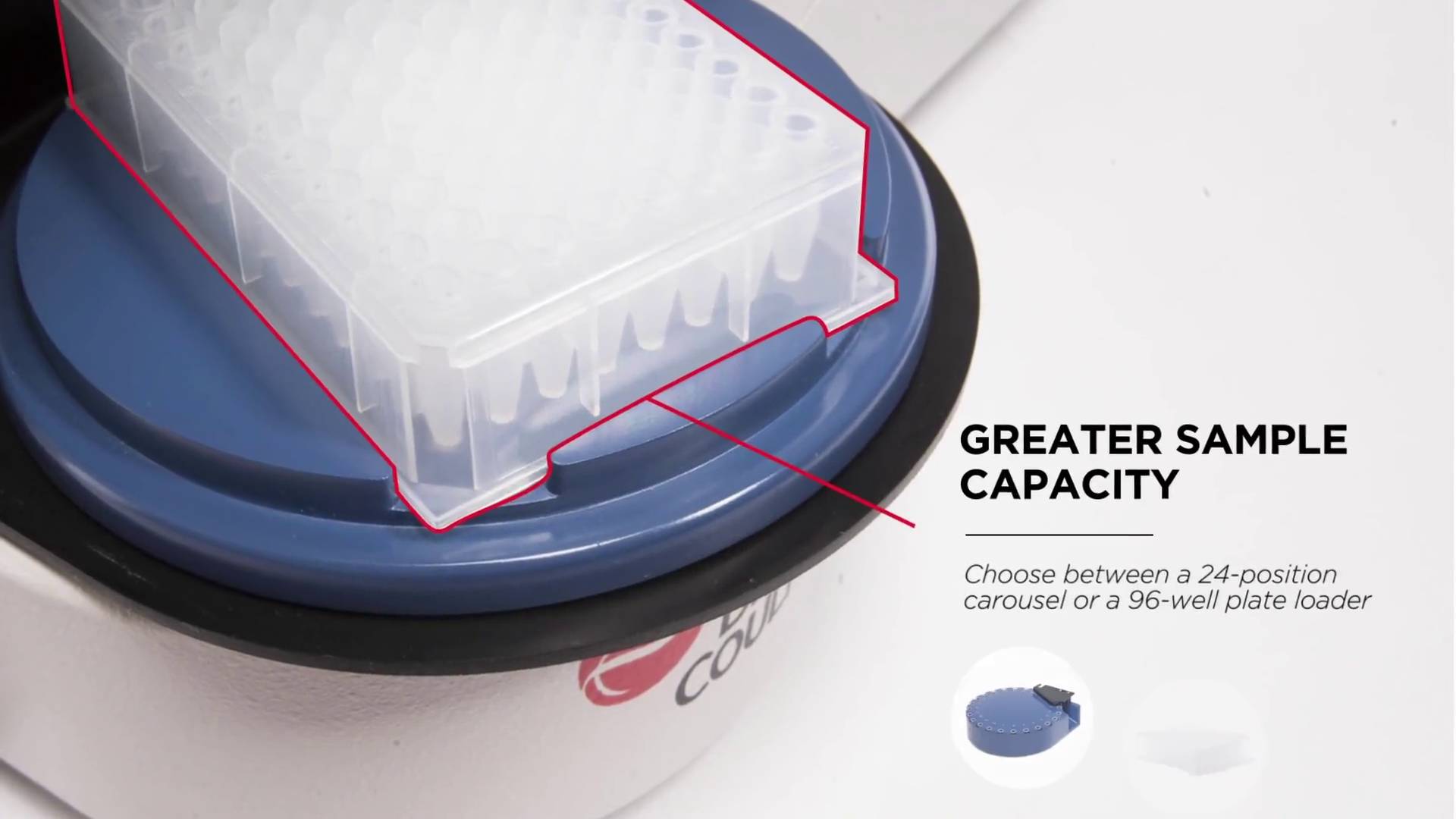